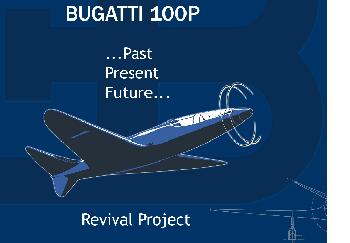 My colleague Frederic Gasson and myself from the Bugatti Aircraft Association are organising, in cooperation with Retromobile, a conference on history, present and future of the Bugatti 100P airplane, at the Retromobile in Paris on February 16/17, 2008. We would really appreciate it if you would be able to attend.

The sunday 17th, I project to visit the "Bourget air and space museum".
You're welcome to bring your questions, informations, pictures, enigma, projects...

If you want to attend this meeting, let us know, we'll do our best to organise your stay during this Week End. 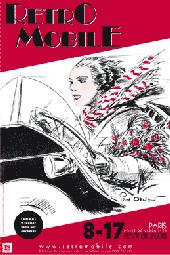 For more info, go to: bugatti.frez-design.com

A new milestone! Both due to personal involvement at e.g. Bugatti meetings and due to the generally available info on the Internet, the BAA, after 8 years now has over 50 members! Also, the Replica project shown above, starts a new association, which will be in fact a daughter association of the BAA.

Hopefully with this we will bring more people together, and this will bring the realisation of a really flying replica a lot closer! 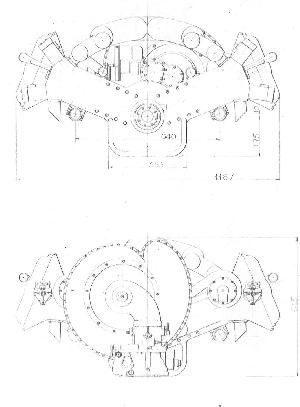 At the current Retromobile, I discovered a drawing of a until now unknown Bugatti engine. It“s a V16 aero - engine, fitted with a centrifugal compressor. The drawing is a print, not dated or signed, showing the main dimensions. As the block alone (without compressor), is approximately 1m50 long, the engine will have had about 25 litres capacity. Comparing this with similar engines of the time with equal capacity, the engine must have had at least 1500HP. The centrifugal compressor is of the French Sczydlowsky type, which according to French airplane (and Bugatti) expert Jean Louis Arbey was available from the mid-1930“s.

In some of the books, a T67 denomination is indicated for a V-type engine of 1939 (though some books indicate it as being a V8).

Though the engine was not built, this is still an important discovery. The detail of the drawing indicates that the design was at a state when all major design work had already been completed. It is most probable that this drawing was sent to prospective customers. The lay-out of the engine, with the very wide angle-V of approx. 135 degrees, is not fit for fighter aircraft. Probable use might have been flying-boats, cargo or maybe even bomber airplanes. Several questions remain, for example if deMonge“s team that was working on the Bugatti Airplane had anything to do with the design, or if the engine was designed at the Bugatti Paris office, or maybe even in Molsheim?.

Though no detail drawings are available, some info may be taken from the drawing. Obviously each bank had twin-overhead cams. Unknown is if there are 2 or 4 valves per cylinder. Considering the large size of the engine it may well be 4 (Von Saldern in his book writes it are 4 valves per cylinder, though he mistakes the no. of cylinders at 8). The camshafts seem to be driven by chains, seen from the design of the camshaft-drive cover. The carburettor is fitted under the centrifugal compressor, which feeds both banks through a complex inlet manifold. Two waterpumps are fitted at the rear of the engine. The exhausts are at the underside of each bank. 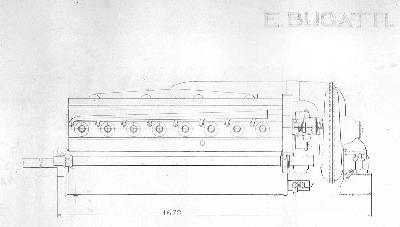 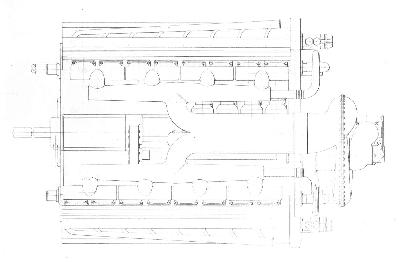 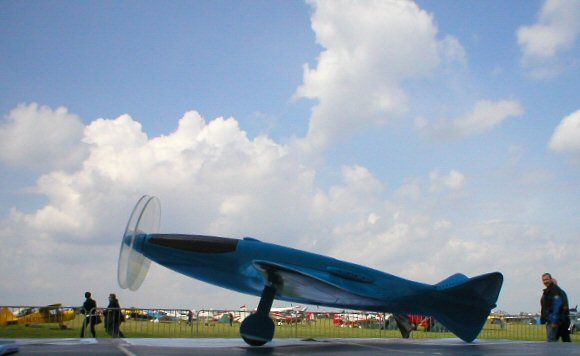 At the Schaffen-Diest Fly-in in Belgium on the weekend of August 13 - 14, the BAA presented itself to the general public for the first time, in a rapidly developed stand, which was appropriately located in between the airplanes and the classic cars.

The event turned out to be a very relaxed happening, with almost 200 airplanes arriving on the Saturday that we were there. There were several conversations with interested airplane experts from various countries, most were very surprised to learn that Bugatti had actually designed and built an airplane, others had just seen the airplane a few weeks before in Oshkosh!

The stand was manned by BAA members Paul Hooft, Dick Ploeg, Pieter Mali and Jaap Horst, who had a very nice, sunny and interesting day. On occasion of the presentation, several information leaflets and posters were made. The flyers can be downloaded here directly in English as well as in Dutch.

We would encourage all our fellow members in the US, France, UK or otherwise to similarly present our Association. This in order to make our association grow so that a flying replica in the future will become a pssibility, but most of all, it“s fun! Please inform me if you want to organise something like this, and I will do my best to help with promotional materials etc. 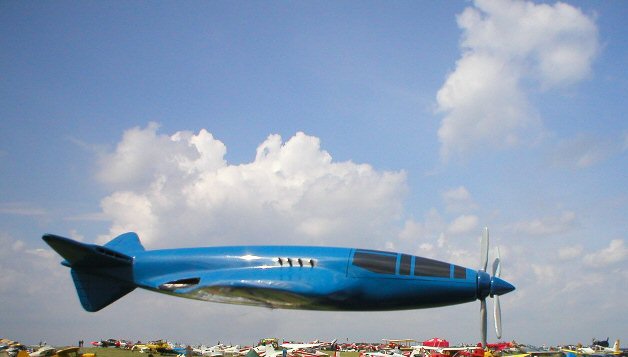 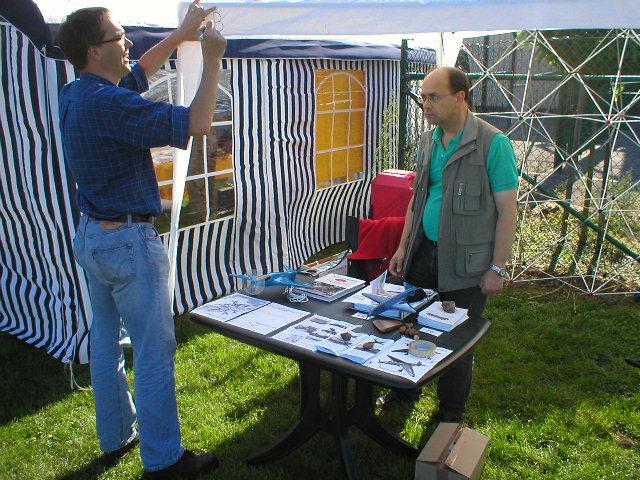 Pieter Mali on the left, Dick Ploeg on the right.